Flexible synchronisation of printers and systems

In modern plant control systems, all connected devices are controlled and synchronised via signals. This ensures a smooth process and enables a fast and targeted reaction in exceptional situations. In many systems, these devices include printers, both thermal and laser printers.

These can be, for example, packaging machines, inserting systems, commissioning systems or applicators.

Microplex offers an optimal solution for its printers:

The hardware interface consists of an additional electronic (adapter board) which provides eight electrical inputs and outputs as well as four electrical status messages of the printer.

Post-processing machines, for example, can be connected to the inputs or outputs of the PLC control (GPIO board) from Microplex.

Since these machines are often controlled by a PLC (such as ABB AC500, Beckhoff IP67, Schneider Electric Modicon, Siemens Simatic S7, etc.), the electrical values of the inputs and outputs are adapted to the values of PLC systems.

With the PLC control (GPIO board) Microplex printers can synchronise their internal processing of print data with external signals and run times from other machines and also control post-processing machines.

By communicating the printer directly with host computers, mainframes and other control systems, the printer’s GPIO interface can be influenced via special commands (cio). The computer can use these commands in the printer data stream to, for example, set outputs to a defined level, query inputs or wait for confirmation from the printer before further programme execution. With this, process controls can also be synchronised at the level of the computer system that generates the print data.

A real handshake between printer and postpress can be realised for each individual print job.

If the diverse configuration options are ever insufficient, we adapt our controller firmware individually and customised to the customer’s needs in cooperation with system builders and system integrators. In this way, individual adaptations can be realised through optional function extensions.

Additional IDOL commands for the PLC control (GPIO board) are inserted into the data streams sent to the printer.

These commands can be used to control an inserting system, for example.

Through the SPS control (GPIO) Microplex printers get an intelligent and inexpensive solution for the weakest point of automatic finishing systems so far, the synchronisation of the printer with the finishing.

The SPS control (GPIO) hardware consists of additional internal electronics (adapter board) that is connected to the controller of the Microplex printer.

It has 8 electrical inputs and outputs and electrical status signals.

The inputs and outputs of the SPS-Control (GPIO) hardware are optically decoupled.

The connection of the SPS-Control (GPIO Board) to the external PLC is made via a 25-pin SUB-D connector (male). 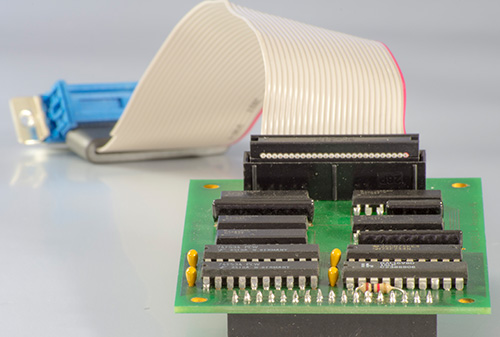 The advantages of the Microplex GPIO are:

+49 4451 9137-0 info@microplex.de Contact Form
We respect your privacy
This website uses several types of cookies: We require technical and functional cookies to make sure that everything works when you visit our website. In addition, we use marketing cookies so that we can recognize you on our pages and measure the success of our campaigns, and personalization cookies that allow us to better address you, even outside of our web pages. You can decide at any time - even later - which cookies you allow and which you do not allow (more on this under "Cookie Settings"). By clicking on "Accept" you aggree to the use of all cookies - and off you go.
Cookie Settings Accept required cookies Accept
Privacy settings
Here is an overview of all cookies use.
Necessary technical cookies
These cookies help us to make our website technically accessible to you. Without these cookies, we would not be able to offer essential basic functions of our website.
Matomo Analytics
These cookies measure and evaluate which functions, content and products on our website are preferred and are of particular interest to our visitors.
Google Tag Manager
The Google Tag Manager Script improves the usability of our website and control how our website is presented to you. We also use these script to provide you with a pleasant and convenient user experience on our webasite.
Youtube Videos
Allows viewing of Youtube videos.
Save & Accept